Romance Tropes and why we all love them - Nina Harrington

Nina Harrington is taking over the blog today, to talk about her new Carina UK release, RECIPE FOR DISASTER!
We may as well admit it. When it comes to romance we all have our favourite themes and tropes.


One look at a book cover and a quick glance at a tag line and we are there!


Some readers cannot resist a tortured sexually experienced billionaire and the innocent ingénue who falls for him. And what about the enduring power of Friends to lovers – one of the most enduring themes which can work so brilliantly, especially when they are the sister or brother of a friend; Beauty and the Beast stories where one of the lovers is physically impaired; Business competitors where the high stakes force the lovers together and keep them apart; Marriage of convenience hooks can still work even in contemporary romance and of course; The secret baby idea can combine with social differences and lovers re-united.


For me? My guilty pleasure is when the hero and heroine are forced to work together – especially when the hero is a reformed bad boy and the heroine is right up there to challenge him every step of the way.


So when the story idea and characters for a mystery set in an Italian deli came into my head and refused to leave, I knew that I had to tell Bunty and Fabio’s story. And have some fun along the way.

Bunty might seem like a Cinderella character, with a lot of family issues to deal with but her Prince is certainly worth fighting for. Add in elements of opposites attract, being forced to work together and of course, lots of delicious foodie romance.

If you enjoy reading Jennifer Crusie, Janet Evanovich and Susan Elizabeth Phillips this book might be just what you are looking for. 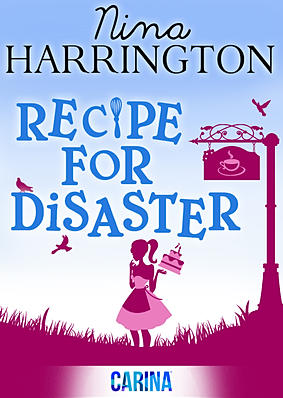 London chef Bunty Caruso Brannigan has no time to celebrate her 30th birthday. She is working every hour to create a menu for an award ceremony, and to keep customers coming through the door of the Italian deli she has inherited from her parents.


Bunty’s life was complicated enough when all she had to deal with were her best friends from convent school, and the students in her baking classes, but then reformed bad boy, lawyer and Italian stud Fabio Rossi gives her a birthday present with a difference and things begin to really spin out of control.


What will happen when all of the Caruso family secrets are out in the open?


Will her Italian godmother sort things out from beyond the grave in her special way?


Will Fabio make Bunty change her mind about dating Italians?


Will the convent girls be forced to go back and tell Sister Teresa the truth about the visiting choirboys and the missing communion wine?

And how much chocolate do you choose to create a life size man part?
Let the mayhem begin. And don’t forget the cannoli! 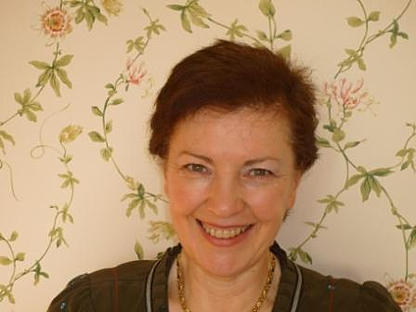 To discover even more about Nina Harrington, and to keep up with her latest projects and shenanigans, you can visit her at:

I'm late getting back to blogging - I came back from Atlanta and was headfirst into a deadline and when I met that I went right into more work and then took a very much needed weekend off to clear the cobwebs and get ready for the next deadline. But I did want to come back and share a few highlights of attending RWA National Conference in Atlanta last month.

I arrived on Tuesday night and walked into the hotel room to find my roomie Shirley Jump already in PJs. I'd been traveling most of the day, and really needed to unwind so while I freshened up Shirley changed - in true Clark Kent fashion, I'm convinced - into a smokin' dress and shoes. We went for a glass of wine and met up with Kimberly Lang and a few others. There was also a Microsoft conference happening, and unfortunately Shirley was looking a little too good. A few well-lubricated guys offered to buy us drinks and we declined and got the heck out of there. AWKWARD! But hey...if you've seen Shirley, you can understand. She always looks glam and put together!

Shirley had me in the gym early the next morning, and then I went to register on-site. The great thing was that I had nothing going on much on Wednesday, and was able to get some writing done in the room as well as catching up with a few people I met lounging around the registration/common area. I hung with Danica Favorite a bit and we saw some Harlequin higher-ups as they were registering and got to say Hi - Dianne Moggy (VP of Series) and Paula Eykelhof are especially lovely and it was nice to say hello. Then I ended up at lunch with Susan Meier, Jenna Kernan and Robin Covington which was so fun!

I met with my agent as well - and had a nice long chat (mostly about dogs!) before the Literacy signing. This year, because of my late registration, I got to attend the lit signing as a reader and not signing books and OH MY LORD is it crazy! After that it was the Bookseller's Best Awards, and then hanging with my editor, Megan Haslam, for a chat in the bar loft. Megan is totally sweet and it was her first conference. I think she was well and truly initiated into the experience!

Thursday I still had a little writing time (and Shirley dragged me to the gym again!) and let me just say that the luncheons are still one of my favorite parts of the week. Cathy Maxwell did the keynote and she is an AMAZING speaker! I saw her again on Friday morning, looking very glam and told her so. That woman has a smile that lights up a room and makes you glad you're there.

Thursday's dinner was a trip to the food court connected to the hotel with some friends for a quiet, relaxed meal. Then I met up with some Calgary friends at the bar for a glass of wine before heading to the Harlequin PJ party which I think might have been the best one yet! I always seem to get a picture with Michelle Willingham at the party (I know Jayne Hoogenberk has one!), and I think I became Danica's official photographer during conference. What a hoot!

Friday - no workout (we saved ourselves for the dancing to come later). Instead we had breakfast and I went to the Harlequin signing where I was seated with THE SHARON SALA! She is sweet and gracious and funny and casually introduced me to Rita Clay Estrada, which was such an honor! I also unloaded a LOT of books, more than I've ever done in previous years which was amazing!

I didn't get to the awards lunch on Friday as I was out with the Harlequin American authors... I heard Kristan Higgins was fabulous and plan to download her speech as I guess there wasn't a dry eye in the place. Still, I'm glad I got to meet so many of the fab authors I'll be sharing a line with these days, and my editors as well. It was a fun time and I came out with a new word courtesy of Kathleen Scheibling - Hangry (when you're so hungry you're angry).

I also managed to attend a few workshops this year - a Contemporary Romance panel with Jill Shalvis, Kristan Higgins and Robyn Carr, and then a High Concept/Series workshop that was fantastic. I attended a St. Martins marketing workshop for their authors, the Harlequin Author info session, and on Saturday I went to the Street Teams one which was full of good info.

Friday night found me at BLT Steak for a cocktail party with the St. Martins crew which was great! Hot, but great, and it was so nice to meet up with some of the SMP team. I went back to the hotel, changed clothes and it was off to the Ritz for the Harlequin party! Still the best party on the planet!

Saturday Shirley had me in the gym again. I love her for that.


﻿﻿﻿﻿ I ended up at "brunch" with Danica which was nice - offsite and relaxed. After the workshops and meetings, 7 of us went to the Ritz for the Harlequin Romance author tea. The most gorgeous cake was served, and lots of tea, and Megan (my editor) and I discovered we are tea twins. Because we'd had tea late, I didn't have dinner (again) and snacked on a few things after the RITAS which were needed as I was drinking champagne to celebrate Sarah Morgan's win!

Shirley left Saturday evening, so I was rooming with the fabulous Jessica Hart/Pam Hartshorne. She's a major reason why I started targeting Harlequin Romance, so it was wonderful to finally meet her and even nicer to room together for a night. Surprisingly, I was back to the room before her and fell instantly asleep - and never even woke up when she came in! She said she nearly checked to see if I was breathing! I'm a light sleeper, so that's really something! And in the morning we stayed in bed, curled up in the covers and chatting like you would at a sleepover. It is one of my favorite moments of this year's conference.

And then it was time to go. I had a late breakfast with the "Boston" crew at a nearby restaurant, hung out by Starbucks for a while and then headed for the airport.

And when I came back, I plunged myself back into the world of Jewell Cove, and finished my book and sent it to my editor right on time.